AAA - CHANGES TO PROGRAMS Beatlesiani MILAN
CELEBRATION OF THE 50TH ANNIVERSARY OF THE FIRST CONCERT OF THE BEATLES IN MILAN VIGORELLI UNDER EXPO IN THE CITY '
Meanwhile It has confirmed the meeting on 24 June with the Betlesiani at Vigorelli from 16.00 to 17.30 with free admission to remember the first Beatles concert in Milan, the resulting concert reminiscent expected from time to Vigorelli, was canceled and instead transferred to the stage of Eataly Smeraldo in Piazza XXV Aprile, with the title THE BEATLES IN EATALY, beginning at 18:00, because of the weather that many days rain damage own for 24 June.
The decision, very painful by B.D.I.A. to move the concert in a covered alternative, still beautiful and prestigious, despite the unwavering optimism of Beatlesiani, it was taken at this time because the lease of the Vigorelli, prepay to the competent authorities, did not in any case the withdrawal, nor the return of the amount paid, in addition to the total loss of the organizational costs, in case of cancellation due to rain. The absolute lack of coverage on the venue, because of the instability of the weather period, it is a risk that it would leave no escape for shelter, even for a sudden downpour, neither the musicians nor the audience.
In any case, despite our weather forecasts, all Beatlesiani hope that June 24 will be a beautiful sunny day as was that unforgettable 50 years ago with the Beatles!
We attach some screens of various services Weather all agree today on June 14 in predicting rain for June 24 in Milan.
VARIATION OF DATE ALSO FOR: THE BEATLES FOR MILANO EXPO IN CITTA'
It was also moved the date of the meeting entitled "La Favolosa Storia dei Beatles" -" The Fabulous Story of the Beatles" expected at the Palazzina Liberty in Milan on June 25, to October 22, always in the same place, allowing even fans in Milan to watch on Thursday June 25th, the live program "Guarda chi erano i Beatles" - "See who the Beatles were" conducted by Fabrizio Frizzi with Mario Pezzolla, a big party for the Beatles in the early evening on TV RAITRE. 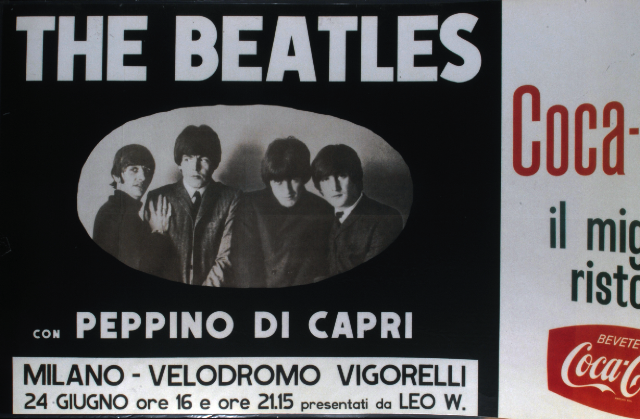 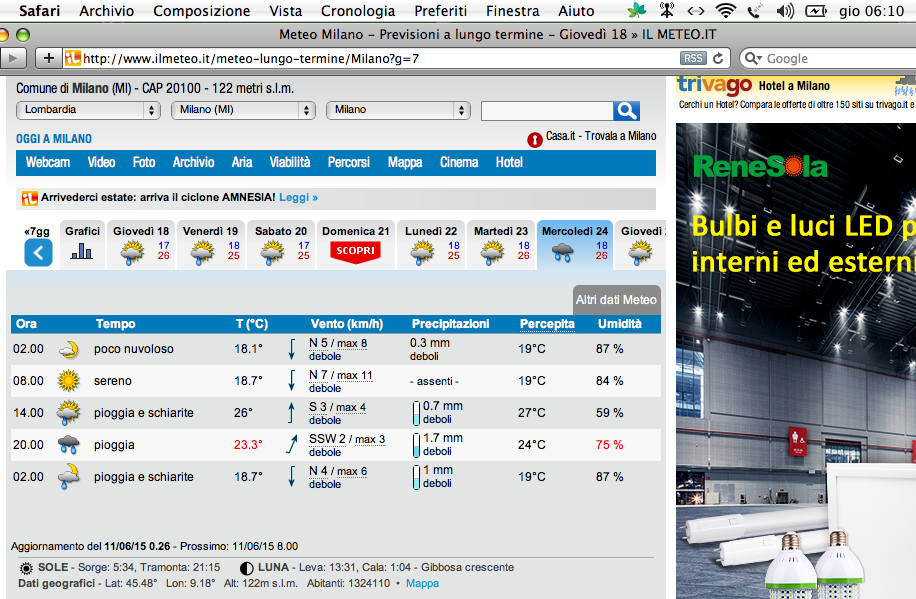 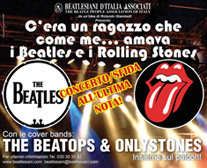 A DAY IN THE LIFE AT ABBEY ROAD